To Be or Not to Be Mature?

We live in a culture that doesn't acknowledge the centrality and sufficiency of Christ. The reality is that many who call themselves Christians do not fully comprehend how central Jesus is in all of creation, and how his centrality should affect every area of our lives. Because of this some believers don't have a solid grasp of the gospel and they're easily shaken when others challenge the exclusive truth claims of Scripture. Other Christians don't live Christ-centered lives, or don't give Him the position of preeminence.

It is our hope that through this series we can echo Charles Spurgeon who beautifully articulated the reality of Christ’s centrality and exaltation:

“Look at him! Can your imagination picture him? Behold his transcendent glory! The majesty of kings is swallowed up; the pomp of empires dissolves like the white mist of the morning before the sun; the brightness of assembled armies is eclipsed. He in himself is brighter than the sun, more terrible than armies with banners. See him! See him! O! Hide your heads, you kings; put away your gaudy pageantry, you lords of this poor narrow earth! His kingdom knows no bounds; without a limit his vast empire stretches out itself. Above him all is his; beneath him many a step are angels, and they are his; and they cast their crowns before his feet. With them stand his elect and ransomed, and their crowns too are his.”

CORE: LIVING WITH JESUS AT THE CENTER 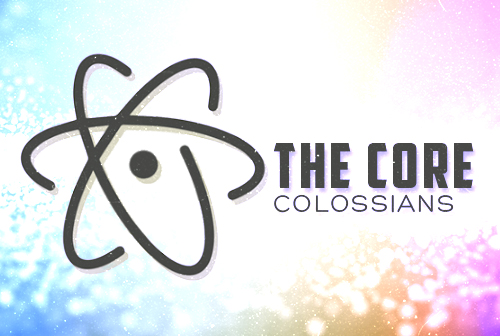 More in Colossians | The Core

Grateful to Labor Together