You can register for all of our 'High Safety Gatherings' at https://mdcmanhattan.eventbrite.com/

If our service is full please join us online. We encourage you to still safely meet with friends or missional communities in order to fellowship and worship together.

Missions is Who We Are 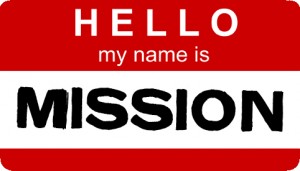 Mission is not something we do, it’s something we are. The concept of mission is rooted in the Missio Dei. That is, from the beginning, God has revealed Himself to be a missionary God. Everything that He does is either sending or gathering. Early church Fathers used the word mission to refer to the interaction between the persons of the Holy Trinity; the Father sends the Son, they send the Spirit. It has since been used in reference to God’s purposes to bring people to a right relationship with Himself through Christ.

In other words, what we know of God we know because He’s revealed it to us, and He has revealed Himself as redeemer of humanity. It’s His nature. As David Bosch writes: “Mission is not primarily an activity of the church, but an attribute of God. God is a missionary God.” We do not know the Father except as a missionary.

Throughout history, God’s interaction with humanity is unique in that He doesn’t just speak to people, He sends them. Noah’s mission (Genesis 9:1-29) was to save the animals and repopulate the earth. Abraham was sent (Genesis 17:1-27) to a new place to begin a new nation of people though whom God would bless all people. Moses was sent (Exodus 3:1-22) to lead the Hebrews out of slavery. Even the reluctant missionaries were sent– Joseph (Genesis 37:1-36) and Daniel were taken against their wills, Jacob (Genesis 32:1-32) was chased, Jonah (Jonah 1:1-17) brought by fish. All of these examples serve as part of God’s mission. That these men were indeed sent isn’t just inferred, God actually uses the language, “I’m sending you…” In every case, His interaction can be summed up as, “Go,” and the purpose, “to be an agent of salvation.”

Nowhere is this more clearly seen than in Christ Himself, the Son who was sent by the Father. In passages like John 14, Jesus makes several references to the Father as “the One who sent me.” God incarnate, is God on mission among us. He proclaimed Himself as the gospel and lived it out before our very eyes. Mission wasn’t something He did, it’s who He is. Bosch refers to this as Christ’s “self-definition,” and he argues that all of His followers shared that same “self-definition.”

The first believers responded to the gospel like sleeper agents being activated. It was the same with Matthew, Peter and Andrew, and all who were present at Pentecost; they heard God’s voice and went. Their calling was to follow Jesus- to join Him on His mission. The various “commissions” in scripture are not optional activities for a select few Christ-followers, they are reminders that in Christ, we are all sent, and they knew it. They found their identity in their sent-ness.

It makes no sense to talk about our faith, our savior, or even God outside the context of mission. Talk of mission ending should bewilder us. How will we know God apart from His mission? He hasn’t revealed that to us. The church exists to organize God’s people on mission. Without mission, there is no church and we have no meaningful connection to one another. God has established that our relationship to Him and to one another is in His mission to redeem the world.

Referring to mission as a mere activity, something we do instead of something we are, has robbed us of our identity as Christians. In Christ, we are sent out ones. Making mission an activity implies that there is a passive state, times when we’re not on mission. But this isn’t the case. Our presence in the world is necessarily a missionary presence. There’s no other kind. Of course, we’re not always the best of missionaries. We’re often distracted by the mission field in which we find ourselves, which is why we’re reminded not to get caught up in the world, that we’re foreigners (“strangers,” or “aliens”).

When we make mission a task, we miss the fact that we were made for mission. The only reason we have been saved is because that is God’s mission. Now, our identity is in Him, and He sends us. When we lose sight of that– when we lose our identity– mission becomes a chore. It becomes a challenge to motivate people to go. We develop a special class of Christians to do missions for us. We’re either confident we can “finish the task” or paralyzed by the overwhelming need all around us. To what have we discipled people if not missionary? The Scriptures give us no other category.

You always know how to hit it home! Good stuff.

A Profound Sense of Gratitude

Peace, the World, and My Sweaty Pits

A Profound Sense of Gratitude

Peace, the World, and My Sweaty Pits

Christ in You: The Hope of Judges

Racial Brokenness in America and Our Gospel Response